Of late, many new trends in computing and technology have been making headlines and wearable tech is among them. Pretty much that Internet behemoth Google does hogs public and media attention and the newest thing to do so is Google Glass. While the future of wearable technology devices is still uncertain, the new tactics and strategies adopted by Google are drawing diverse reactions on web and social media circles.

Google Glass resembles a lopsided headband which looks more delicate than it actually is. However, the moment you wear it, your experience becomes amazingly different. Some early users find the device a tad bulky for their taste and the $1,500 price tag may kill the curiosity in some technology addicts too. It is available in 5 hues, as of now. The commercial launch is yet to take place.

However, it is dependent on a cell phone eventually. Activating the device is pretty simple. You can either tap on side or just look up. The Google team says the Glass is no gimmick as is being projected by a section of naysayers. It is versatile enough to show time, translate words and display emails and messages. The Glass can also be used to read messages aloud to the wearer without being audible to others through bone conduction technology. This can put rest to the privacy concerns doing the rounds.

While Google Glass is already being tested by some companies in various parts of the world, it has made tech experts divided in their opinion regarding ultimate usability and mass acceptability. Along with NYPD, Virgin Atlantic is the latest to try Google Glass in accompaniment of Sony smart watches. The results are good but there are hiccups that might hinder commercial deployment anytime soon. It cannot be used in rain, for example. A few competing technologies are also cropping up including Lumux smart glass prototype made by eyeSight Technologies.

A majority of technology veterans think early adopters of Google Glass will be specialized business users. It does not seem millions of people will rush to get a copy like they do when a new Android flagship phone or an Apple product is launched! Google appears confident enough and it is pushing its wearable tech heavily. Its announcement of “Android Wear” a free app to power smart watch units proves that.

Technologies like Google Glass may also be embraced by sports related companies interested in wearable elements. Giants like Adidas are working on sports shoes that can measure amount of calories burnt and sync the data to wearable devices. It may take a while for the mass to focus on something else other than Smartphone for technology access.

Google has other reasons to promote the wearable technology feels market experts. Apple, with which it is at loggerheads, is going to launch iWatch, its take on wearable device. As it has always been seen, Apple launching a product kick starts competition and imitation. That will help erase out some teething troubles experimental wearable devices are undergoing.

Why Google is trying its level best to retaliate at widespread doubts and negative publicity its Glass campaign is drawing, it should not be on tenterhooks, say tech veterans. Any new emerging technology draws some amount of brickbats. Now that there are several ways to post feedback online and otherwise, Google is having a tough time handling the early reactions. People take time to adapt to new technologies but once the transition phase is over, things change rapidly. That was the case with many devices including touch enabled devices and even personal computers when they were introduced.

As it is, the negativity surrounding Google Glass has not killed the interest in people. In fact, it has made them more curious. It also needs to be remembered that it is possibly first time a company like Google which has become a part and parcel of modern life, has let the mass try an evolutionary technology. After all, it is up to your common sense and desire to use technology in a suitable way. 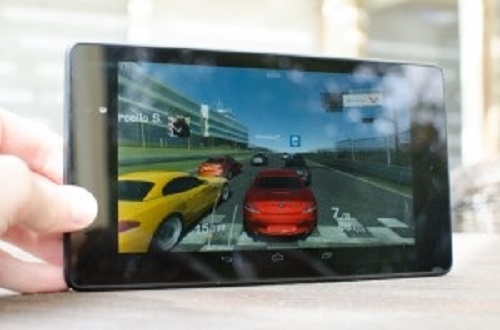